What to Say When Giving and Taking

Word of the Week: gei 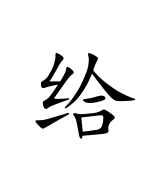 In many ways Mandarin lacks a lot of the politeness aspects of English. In most situations it would probably be rude to say “give me”, but if you say gěi wǒ 给我 in China it is perfectly acceptable. In English we would be more likely to say “can I have” but in Mandarin we just say gěi wǒ.

What if you’re on the other end of the exchange? What if you’re the one giving? Then you can just say gěi nǐ. For example if you’re passing money to a taxi driver you can say gěi nǐ, which is literally “give you” but perhaps translates better as “there you go” or “there you are”. 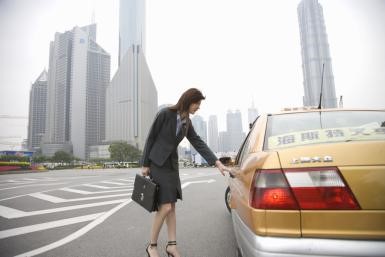 You can also add a verb after gěi nǐ so that gěi nǐ kàn (give you look) means to show. In this sentence gěi nǐ means you’re setting the situation us so that someone else can perform the verb. wǒ gěi tā tīng yī shǒu gē. Literally means “I gave them listen a song”, so in Mandarin if you give someone a listen of a song it probably means you put the song on for them, or you pass your earphones over to them. Either way you’re setting up the situation so that they can listen to the song.

With other verbs or situations gěi acts more like the word “for” in English. So if you say wǒ gěi nǐ mǎi kā fēi (I give you buy coffee) it means I’m going to by coffee FOR you. Similarly wǒ gěi tā zùo wǎn fàn (I give him make dinner) means I make dinner FOR him. In these sentences you put the pronoun or the name of the person after gěi to indicate who the verb is being performed for.