Why do Chinese People Want to Look Like Aliens?

Like it or not, cosmetic surgery (zhěng róng 整容) is a huge market in China, and it’s growing. You can’t walk through a city without seeing a poster advertising zhěng róng, often with a picture of a supposedly Korean doctor.

If you look at these zhěng róng adverts they will often quote prices for specific surgeries. One thing that threw me when I first saw one of these posters was the surgery for shuāng yǎn pí 双眼皮 which literally means “double eye skin”. What on earth is that?

I was reliably informed by a Chinese friend that shuāng yǎn pí refers to people who have “double eyelids” and that lots of people want to have “double eyelids”. My immediate thought was of a cat, with one set of vertical and one set of horizontal eyelids (if you’ve ever tried to open your pet cat’s eye while it’s asleep you’ll know what I’m talking about). Then my mind turned to the double eyelided alien from Men in Black. They want to have eyelids like that? Is it even possible? 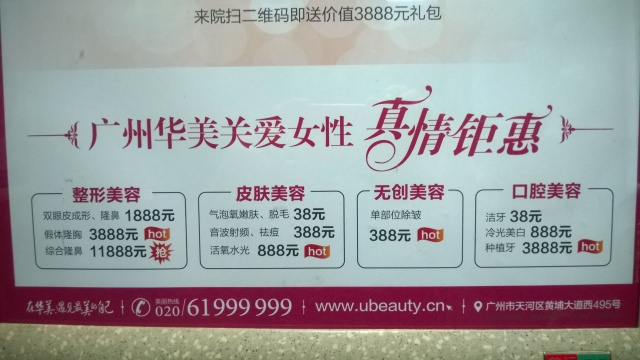 An advert for cosmetic surgery in the lift of my apartment building. All the prices end in eight, an auspicious number in China. Can you spot the price for “double eyelids”?

I later discovered that Chinese people neatly divide the world into two groups, those with shuāng yǎn pí (double eye skin) and those with dān yǎn pí 单眼皮 (single eye skin). The interesting thing is that this isn’t a distinction people in the west seem to make, but it’s apparently very important in East Asia. Using the sort of racist terminology found in the primary school playground, people who have dān yǎn pí look more “squinty eyed” and those with shuāng yǎn pí have slightly bigger, rounder eyes.

What shocks me is that the the so called dān yǎn pí are often so undesirable in China that some people will have surgery to change them into shuāng yǎn pí. Ironically, for many western men it’s the distinctively Asian look of the dān yǎn pí that makes Asian women look so attractive.