Why Does Mandarin Have Two Words For “Thing”?

Word of the Week: shì

I hate shopping. I guess I’m a stereotypical bloke. Whether it’s clothes shopping or doing the weekly food shop, I just like the go in, grab what I need, pay for it and get the whole thing over with as soon as possible.

One thing I do like about shopping in China is that there is no verb “to shop” in Mandarin. Instead you say mǎi dōng xi 买东西 which is literally just “buy things”. mǎi is “buy” and dōng xi is “things”, which seems pretty simple. Except it’s not really that simple.

That’s because in Mandarin there are two words for “thing”. dōng xi is a tangible thing, a physical object. There is also the word shì 事 (often pronounced shìr 事儿) or shì qíng 事情 which refers to things that are abstract nouns, such as a problem. In fact, depending on context, shì can often just be translated as “problem”.

If you’re very busy you might want to say wǒ yǒu hěn duō shì qíng yào zuò 我有很多事情要做 (I have lots of things I need to do.) But if you went shopping with your friends and bought lots of things then you need to use dōng xi when you say wǒ mǎi le hěn duō dōng xi 我买了很多东西 because that’s tangible stuff you can pick up.

Here we’re talking about the actual process or act of going to the visa office and getting the residence permit. But if you are holding your passport (complete with residence permit) in your hand and want to say that your passport, this physical thing, is very important then you need to say zhè gè dōng xi hěn zhòng yào 这个东西很重要. 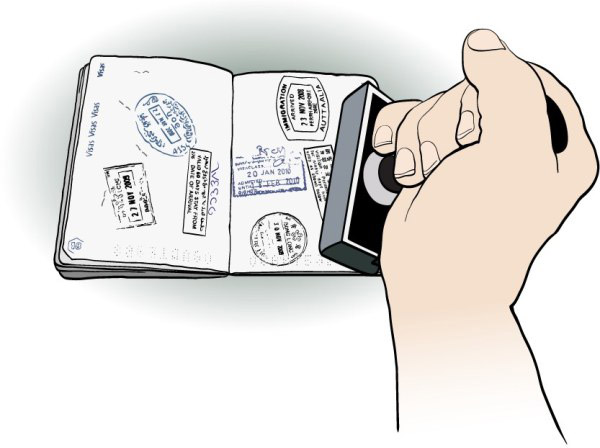 your passport is a very important dōng xi

In China you will often hear people say méi shìr, méi shìr 没事儿，没事儿 which doesn’t mean “no intangible thing, no intangible thing” in English (because that doesn’t even make sense!). As mentioned before, shìr is often better translated as “problem” and so méi shìr is actually just a common colloquial way to say “no problem”, as in “it’s fine” or “no worries”.

Similarly, if you see someone fall over, or something bad happens to them, then you probably want to ask nǐ méi shìr ba? 你没事儿吧？If we translate this literally as “you no intangible thing?” it sounds a bit stupid. Here shìr again is better translated as “problem”  but it’s perhaps best to just understand the phrase nǐ méi shìr ba idiomatically as meaning “are you okay? / are you alright?”