The Stupidest Scammer in China

Some of my regular readers may be wondering why I haven’t posted in over a month. It’s because I’ve not even had a place to live for the past month. Below is the reason why, along with some relevant Mandarin vocabulary.

Every time I have to rent an apartment in China I go through the same problems. The kitchen is too small, the bathroom is too dirty, the washing machine is in the living room. When I do find a nice place it’s just way too expensive. So this time I let my wife find the apartment and because she didn’t want to pay agent fees she went through a website called 闲鱼 xián yú.

xián yú is basically an app that allows people to buy and sell miscellaneous stuff, a bit like ebay. 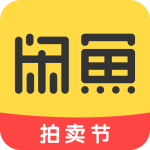 It’s an unregulated way of selling second hand goods, but some people will use xián yú to advertise their apartments for rent so they don’t have to pay agent fees. After seeing a few places advertised on xián yú my wife found a place that seemed good so she paid a deposit and signed a contract.

She also made sure that she had copies of the landlord’s 身份证  shēn fen zhèng (identification) and 房产证 fáng chǎn zhèng (property ownership certificate).

To cut a long story short, he kept making up excuses as to why we couldn’t move in. At one point several members of his family apparently died within in space of a couple of weeks. The guy was clearly a 骗子 piàn zi (scammer) and I thought he was just buying time before making his escape.

The thing is he didn’t make his escape. We went to the 派出所 pài chū suǒ (local police station) and they said that this wasn’t a criminal case and technically he hadn’t scammed us but had just failed to fulfil his contract. There was nothing the police could do and we would have to 起诉 qǐ sù (sue/ prosecute/ start a court case) to get the money back. Not only would this take a long time, but we would also have to pay lawyer and court costs, which would no doubt add up to more money than we had lost in the first place.

It seemed that this piàn zi was quite clever and knew how to evade criminal law. On the receipt for the 定金 dìng jīn (deposit) had has actually written that it was 两个月的房租 liǎng gè yuè de fáng zū (two months rent). This meant that, legally speaking, my wife hadn’t paid a dìng jīn (depost) and so the piàn zi would only be forced to return the money we paid him and he wouldn’t have to 赔偿 péi cháng (pay compensation).

If we wanted to 起诉 qǐ sù and take him to court it would probably cost us even more money. Would it be worth it? Just as we were starting to think this piàn zi really was quite clever we got a call from the pài chū suǒ (police station). Apparently several other people had gone to the pài chū suǒ for the same reason as us; this piàn zi had taken two months rent as a deposit and then refused to let them move in.

Because the piàn zi signed a contract with these people when he already had a contract renting the property to us it was now technically fraud and it became a criminal case. The police arrested him, everyone got their money back and he is facing criminal charges. Even the policeman said to my wife 这个骗子很笨 zhè gè piàn zi hěn bèn (this scammer is stupid). All the information he gave, such as his shēn fen zhèng and fáng chǎn zhèng were genuine. Did he really think he none of his victims would go to the pài chū suǒ?

Ever fallen for a similar scam? Want to tell me how stupid my wife is for falling for this scam? You can say it all in the comments section below.

4 thoughts on “The Stupidest Scammer in China”