Should You Trust Your Chinese Landlord?

Moving house or apartment is always a bit stressful and landlords (房东 fáng dōng in Chinese) can be difficult to deal with. Even more so when you’re in a foreign country and the procedures (not to mention the language) are quite different.

So last week one of my colleagues was packed up and ready to move out when he sent me a panicked message saying his fáng dōng was insisting on him giving “power of attorney, which I would never ever give someone other than my mom”.

He obviously understood this to mean his fáng dōng would have power over everything including literally life and death (that’s assuming a bizarre situation in which he is in hospital on life support and the doctors approach his Chinese landlord about turning it off). 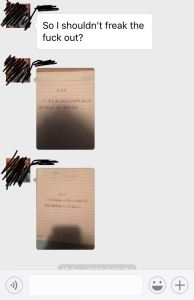 What his fáng dōng was asking him to sign was a委托书 wěi tuō shū which would give them power to do certain specified things on behalf of the person signing it. The verb委托 wěi tuō means to entrust or request someone to do something on your behalf, usually in the legal sense.

If you want to say you entrusted someone to do something in a non-legal sense then you can just use 托tuō on its own. So if you send your mother in law to pick up the kids from school you can say

我托岳母去学校接我的孩子wǒ tuō yuè mǔ qù xué xiào jiē wǒ de hái zi I entrusted my mother in law to go to the school to pick up my kids.

However, if your mother in law is Chinese then it might be more likely that on the days you pick up your own kids your mother in law will be the one saying 今天我托女婿去学校接我的孩子 jīn tiān wǒ tuō nǚ xu qù xué xiào jiē wǒ de hái zi  today I entrusted my son in law to go to school and pick up my kids (anyone with kids in China will know what I’m talking about.)

Just to recap,委托 wěi tuō means “entrust” and 书 shū means a “letter” or “formal document” when used as a suffix. So, a wěi tuō shū is a letter document that basically says the holder has the authority to do things on behalf of the person who signed it. In the case of my colleague, his landlord was just requesting to be given the right to shut down his internet after he moved out. Not that scary after all.